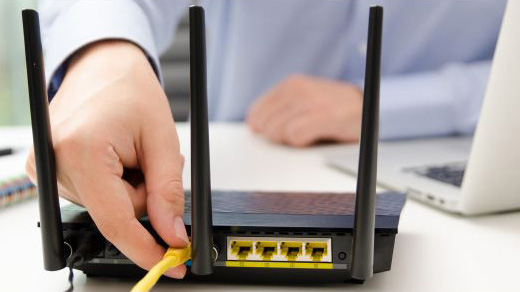 2020 is the year for leaning into cynicism and self-reflection, so during its final weeks it’s helpful to revisit one of the Digital Era’s most burning questions.

That is – is the Internet worth participating in any longer, on any level, ever again?

Is it time to unplug?

A wise person once said always be thoughtful when making difficult choices (really, this one isn’t). So we surveyed a group of unnamed experts and, unsurprisingly, they concurred. Also part of the contract, they presented us with no fewer than five compelling reasons to just leave the Internet and never return, ever. These range from the frightening, to the nihilistic, to the paranoid and we’re delighted to share them:

1. Everything can be hacked. Probably.
I haven’t opened an email attachment in 6 months and I refuse to click on any link. Why bother? You think that just because you used an incognito browser at work that time you booked a secret trip to both weekends of Coachella, that you’re secure? Well we’ve got news for you: Coachella was canceled this year and might be next year, too.

2. The Internet is too cluttered and noisy anyway.
Remember the 90s Internet? AOL, Netscape, Newgrounds, Slingo. The sweet melody of dial-up Internet screeching at you. You couldn’t tell if the news was real or an advertisement — you were just happy the webpage actually loaded. Today’s modern, convenient Internet is too cluttered, too fast, and too reliable. There’s no sense of accomplishment for getting a webpage to load, and when it does – there’s too much information on it to make sense of anything.

3. Your Router might have a backdoor.
I’m not saying it does or it doesn’t. But if it did would you even want to know? There was a time when all US cell phone manufacturers were nearly compelled to install a backdoor into every device via a special chipset. Luckily the world has moved on from the Clipper Chip. Well I for one am not giving into the paranoia. There’s only one way to know for sure if your router is a friend or a foe. Unplug it.

4. Outside has nice graphics.
Content creators and streaming giants can promise 4k or 8k content. But do you really have the bandwidth for it? And are you aware that outside is constantly streaming in Ultra Ultra Ultra High-Def? If you want real high-end visuals you need to step away from the Internet and try visiting outside dot com. Going outside became a luxury in 2020. And it has great health benefits. Fresh air and whatnot. Outside is the New Internet.

5. It’s Cord Cutting 2.0
Did you swap your cable box for a streaming platform like millions of other cord cutters? So have I. Moving beyond cable TV is one of the biggest trends. The next big thing? Cutting the internet cord.

There you have it. The decision to pack up all of your things and leave the Internet is obvious. The reasons in support are airtight, and unassailable — and we listed five of them. This could be the start of a new movement.